Words and photos by Alexandra Blair

Above: Chris Hund with his tape duplicator, the Kingdom One Touch, from the early days of PAXICO RECORDS.

This week, The Living Gallery caught up with Chris Hund, the enigma behind Bushwick-based Paxico Records. The label currently includes an eclectic roster of international artists and collaborators who engage in multimedia explorations of art and sound.

Despite an imposing catalog of nearly 30 releases, the label has humble beginnings–Paxico Records actually grew out of a multimedia thesis project Hund undertook while studying photography at the Rhode Island School of Design in 2009.

“I decided I wanted to do a project about a fake musician, so I started making an archive about this person’s life and wrote a little backstory,” says Hund, now 28.  “I started making different pieces of memorabilia and folklore and as I was making the story I decided the character, Sicil, needed a label to be on. I just decided on a whim I’d call it Paxico, which is the town i’m from in Kansas. It’s super small–population 200–but it meant home to me.” 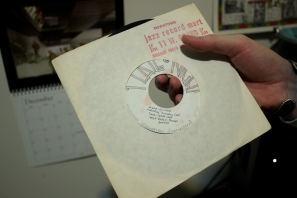 ABOVE: Early artifacts from the life of Sicil Vibration aka Sic Vibe, the musician Hund brought to life for his thesis project at RISD.

Hund was responsible for creating an origin myth for the mysterious musician and fleshing it out with both physical artifacts, like those pictured above, and digital content. “Part of [the project] was propagating the folklore online about this artist and having other personalities come into the conversation and say ‘I heard about this guy!’” Hund posted his own music in Sicilian Vibration Youtube videos and on the artist’s MySpace page and even created fake accounts and blogs to leave feedback and instigate a conversation. Eventually, Hund says, people began to take notice.

“Friends of mine started approaching me and saying ‘Dude, you have a record label and you’re not going to let me be on it?’ So,” Hund says, “I just started building up those same stories about my friends.” Paxico has since grown to be an eclectic label known for producing, above all else, authentic music.

Since relocating to Brooklyn after graduation, Hund has approached every endeavor with a similar process to that which birthed the now-legendary Sicil Vibration and describes each release as “a blend of reality [and] mythology around the music and the artists.” Take PAXICO’s first official release, KVZE‘s ..The Smudge Specialist.. whose mythology includes a radical cosmic journey: “This 16 track collection was recently excavated by a Mars rover and after being brought back to earth and inspected, the tape was found to be harvesting a rich variety of new and exotic Smudges. The Smudges and tape soon were given by an anonymous space explorer to Paxico Records’ shaky hands.”

Back in the days of those first releases, Hund undertook every part of the production process, from dubbing the tapes on his TELEX ACC-2000 XL and printing the j-card inserts to distributing the finished product.

ABOVE: Hund in his production studio-cum-bedroom in his Bushwick abode (BELOW).

Paxico’s latest releases have involved a mix of outsourced and in house production with each choice depending on what will best suit each artist’s myth and vision. After nearly five years of heading Paxico, Hund says things have gotten much easier. “I’ve hit, kind of, a groove now,” he says, which has allowed him to expand the scope of the label’s mythology and folklore to include clothing, zines, and more elaborate packaging. “With each release, I try to figure out something new to do so it doesn’t get boring.” 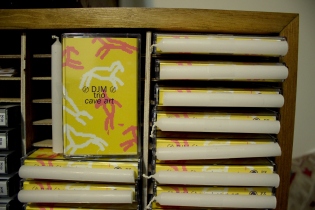 ABOVE: Paxico’s latest release “Cave Art” by the DJM Trio comes packaged with a ritual candle to help guide listeners into the cave. The tape and its liner notes feature Hund’s original pixel folk art. Releases from this year also included such thoughtful oddities as a custom designed handkerchief and a temporary tattoo of an artist’s grade school photograph (all available through the Paxico website).

“I enjoyed making the stuff all by hand in the beginning. Then I started to try new production techniques by sending it out, printing on thicker board with fold out J-cards, and stuff like that,” says Hund. “Now that I’ve figured out that process I’m ready to use that knowledge to go back and do it all myself again.”

Above everything, Hund maintains that Paxico is a labor of love. Unlike most other labels, profits are split evenly with the artists and much of Hund’s take is put back into the next release. “I just try to take care of the artists and put out cool stuff,” he says.

Although running the label has cut down the amount of time he can dedicate to his own music, Paxico has given Hund the opportunity to further his efforts in the visual arts.  “I’ve always been really interested in folk art both visually and with music,” says Hund. “I think a lot of what I do stems from there.”

Using a pixel art app on his iPhone, Hund draws from an eclectic melange of visual influences to create works like those pictured below. 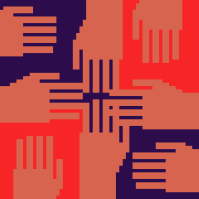 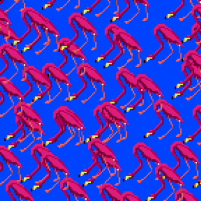 ABOVE: Hund’s pixel art. “I’ve always really like quilts, folk art, and geometric art. It kind of turned out to be that pixel art was a really nice meld of those things because I could get a lot of primitive forms and focus a lot more on color.” Artwork courtesy of the artist, see more on Hund’s Instagram.

“When I first started doing the music for the Paxico project, I was making around 5 beats a day. That’s all I really wanted to do. Then, through working on the label and putting out other friends of mine that I thought were more deserving, music took the backburner. I could make time to do that,” Hund says, “but I’m just having more fun focusing on the visual and production side.”

Hund has been using his designs for Paxico ever since. “I think it makes a lot of sense with our philosophy of futurism and folklore.“ 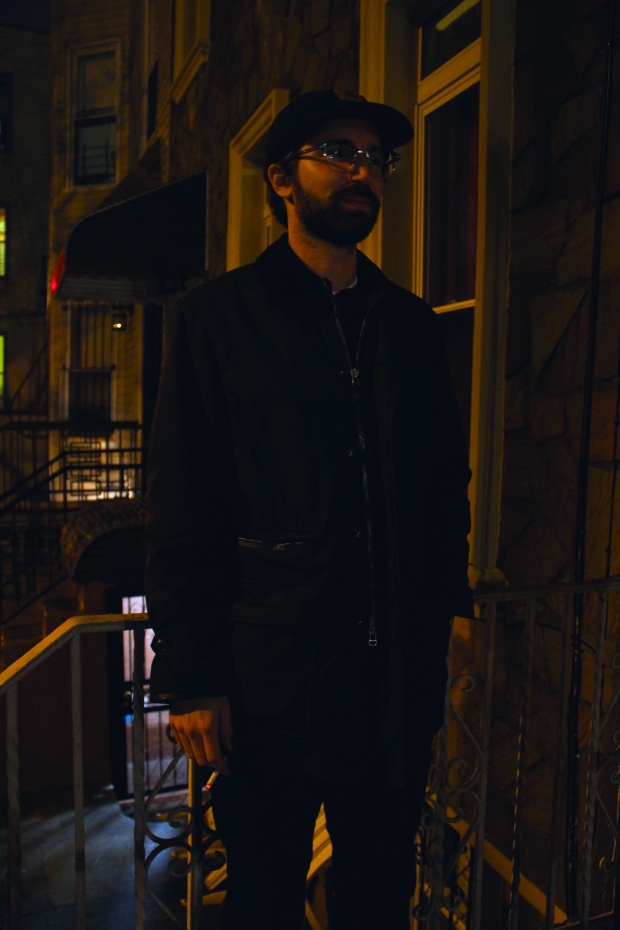 ABOVE: Hund at his Bushwick home.

Between his responsibilities with the label, his job as an app developer, and his own art practice, Hund keeps busy, getting help from his roommates with whom he often collaborates. The house frequently hosts Paxico gatherings, including their raucous POWWAWs—gatherings that center around live streams of recording artists performing from behind lush visual projections.

ABOVE: Suzi Analogue performing at Paxico’s most recent internationally-streamed POWWAW for which Hund creates projections.  Photo courtesy of Chris Hund.

The label’s next release, a SIGMUND Washington tape, will be out sometime early next year and will premiere at a release party in Philadelphia on January 30. While the majority of the releases to date have been on cassette tape–which Hund considers to be a folk medium for its accessibility–with intermittent digital features, the label will be aiming for vinyl releases in the near future.

Also in the works is a 24 hour powwaw livestream that will leap frog all over the world, showcasing Paxico artists playing live in their respective cities. “It will potentially start in Japan, go to Paris, possibly London, then New Zealand, then New York, and then to the West Coast,” says Hund. “We’ve built up a pretty great network of artists.”

Anything and everything PAXICO can be found at the Paxico Records website and on the label’s Facebook page.